Pre-Adventures start as early as 5 September and go through 11 September. The entire trip length will vary in duration up to twelve days depending on the final selection of Pre-Adventure tour options (5-7 days in length) plus the travel time from your origin city.*

Sernatur Magallanes is excited to unveil the pre-adventures on offer for AdventureNext Patagonia - Magallanes.

The Region of Magallanes and Chilean Antarctica is located at the southern tip of the South American continent, in the southern part of Patagonia. Its capital is the city of Punta Arenas and the region is divided into four provinces: Magallanes, Última Esperanza, Tierra del Fuego and Antarctica.

The region has more than 60% of its territory protected through the "Áreas Silvestres Protegidas", there are several National Parks and natural reserves, where you can walk through the typical Magellanic forest composed by trees of the Nothofagus family such as the Coigüe (Nothofagus betuloides), Lenga (Nothofagus pumilio) and Ñirre (Nothofagus antarctica). The Magallanes region is not only made up of forests, for example, while traveling to Puerto Natales and in the northern part of Tierra del Fuego, you will admire the incredible Patagonian steppe where you can usually see Ñandú (Rhea pennata pennata), Armadillo (Dasypus novemcinctus), Chingue (Conepatus chinga) and guanacos (Lama guanicoe).

Get inspired by the amazing Pre-Adventures we will have during AdventureNEXT Patagonia Chile - Magallanes: 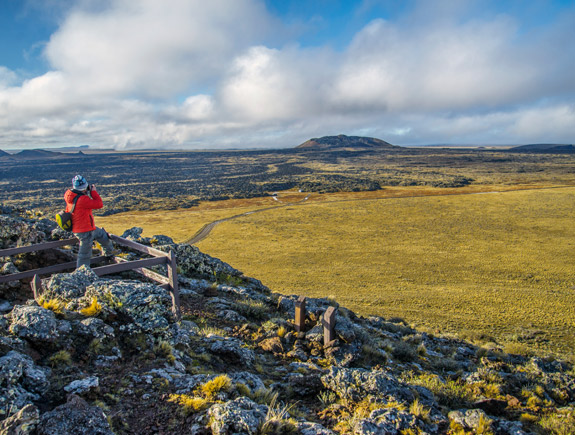 This itinerary has activities in strategic places of the Magellan and Chilean Antarctic Region, such as Cape Froward, the southernmost point of the American continent, the mythical Strait of Magellan, which separates the American continent from the Tierra del Fuego Island, which was discovered in 1520 and navigated for centuries as the only inter-oceanic passage between the Pacific and Atlantic Oceans. Through trekking through forests and with magnificent views of the Strait of Magellan, Tierra del Fuego and even the Cordillera Darwin in the distance, kayaking with southern dolphins, sightings of wildlife such as the Condor in the famous Condoreras which are their nesting sites and a visit to the Pali Aike National Park, one of the emblematic parks of the Magallanes Region, you will get to know a great part of the territory of this Southern Region, where the history of the pioneers and customs of Patagonia will make you live an unforgettable experience. 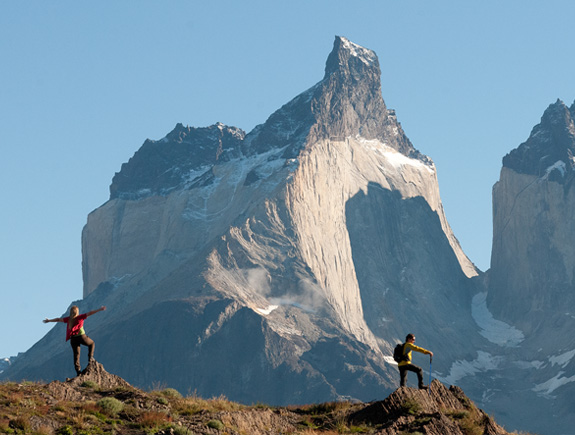 Immersed in an incomparable scenery, the Torres del Paine National Park offers world class trekking such as the trekking to Base Torres, walks through forests of Nothofagus: Lenga, Coigüe and Ñirre in a landscape where the Paine Mountain Range with the famous granite towers, Los Cuernos del Paine, Cerro Paine Grande, lakes of different blues and greens and glaciers amaze all travellers in search of a deeper contact with nature.

The National Park is home to the Andean condor, pumas, guanacos, Ñandú, Magellanic woodpecker, Mora eagle, Chingue that are part of the unique fauna that is possible to find in the biosphere reserve.

We assure you will have a unique experience and adventure touring the park with activities that will be unforgettable and that will make you feel the true meaning of adventure. 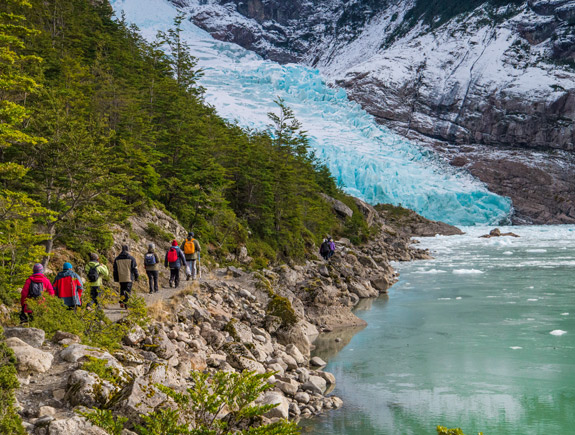 We start near the city of Puerto Natales, capital of tourism in the Region of Magallanes and Chilean Antarctica, trekking to the Dorotea hill, from where we have a beautiful view of the city of Puerto Natales, Fjord of Ultima Esperanza, Cerro Ballena, Monte Balmaceda, Cordillera Prat and Cerro Tenerife among others. We will do condor watching and trekking in the hills around Lago Sofia and then we will move to the majestic Torres del Paine National Park, where we will do the most famous trekking of this park, the trekking to the Torres Base Viewpoint; we will do navigations to Glaciers and trekking inside the Park from where we will have wonderful views of the Paine Massif. 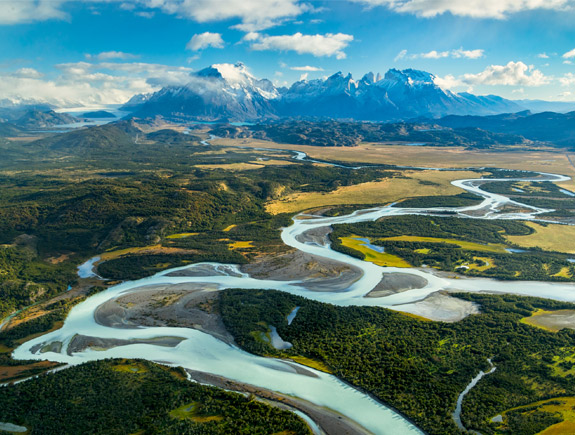 During the 70 km journey, we will cross amazing valleys through millenary forests of Lengas, Coigües and Ñirres, where lakes of different colours and granitic mountains will make this trip an unforgettable experience.

*The entire trip length will vary in duration up to twelve days depending on the final selection of Pre-Adventure tour options (5-7 days in length) plus the travel time from your origin city. Tour options will be made available after applications are selected. The event itself is from 12-14 September (including Day of Adventure) with a Rewilding adventure on 15 September. Due to flight schedules, departures from Santiago de Chile will be on 16 September 2022 (transport and accommodations will be hosted on the 15th).